Considered experimental social psychologist Robert B. Cialdini's best known work, Influence: The Psychology Of Persuasion is a classic on the art of persuasion and the psychology of saying 'yes'. With an aim to make better persuaders out of its readers, this book comes with the 6 famous principles of influence designed by Cialdini. Summary Of The Book With or without one's knowledge, every individual is required to persuade someone or the other in a demanding day's life. Whether at home, at school or at high level business propositions, influence and persuasion are highly effective tools to turn around people's decisions and get them to say 'yes'. In this book, Robert B. Cialdini puts down his 35 years of research and experience in order to coach readers in this vital skill. The book categorically explains the elemental psychology of saying 'yes' and suggests ways to apply this learning in influencing and persuading people more effectively. Drawing from a 3 year long scrupulous study about what moves people, Cialdini outlines 6 objective principles or as referred to in the book, 6 weapons of influence that equip one with this unique skill. The principles of Reciprocation, Scarcity and Social Proof are a few discussed in the book. In addition to thoroughly analyzing and detailing each principle, the author quotes practical real life examples wherever relevant. Though highly correlating with fields like sales and marketing, these universally amicable principles are crafted to help people in all kinds of careers as well as their personal lives. The six golden principles not only prepare readers to skillfully influence others, but they also teach them how to cautiously guard themselves from those trying to persuade them. The book even guides readers to create profound personal changes in themselves and bring about behavioral changes in those who need it the most. First published in 1984, Influence: The Psychology Of Persuasion has been translated into 26 languages. It has sold over 2 million copies, and has made it to the Business Best Sellers List by New York Times. It has also been named as one of the 75 Smartest Business Books by Fortune Magazine. About Robert B. Cialdini Robert B. Cialdini is an American psychologist, professor and writer. His other works include Social Psychology: Goals In Interaction and Yes!: 50 Scientifically Proven Ways To Be Persuasive. The most cited and respected of all living social psychologists in the world, Robert B. Cialdini was born in the year 1945. He attended the University of North Carolina where he completed his Ph.D and later received his post doctoral degree at Columbia University. He has been a visiting scholar at many prestigious institutions including the Ohio State University, the Graduate School of Business at Stanford University and the University of California. He is also the founder and president of the strategic planning and consulting organization called Influence At Work, which works with international companies to help enhance performance. Dr. Cialdini presently works at Arizona State University as a Regents' Professor Emeritus in the department of Psychology and Marketing. 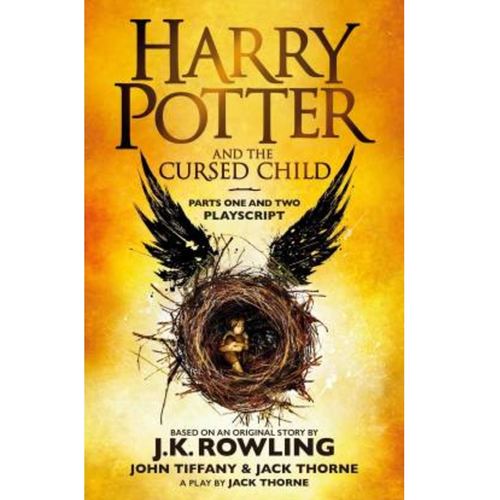 Harry Potter and the cursed Child